I also dabble in

I have been tagged by Shail, so here's my entry for Indusladies International Women's Day Blog Contest 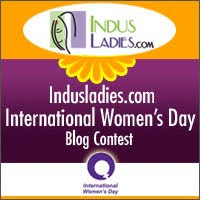 Now that I've written about my kind of arranged marriage , it's only logical that a post about the "in-laws" will follow, specifically one about the "mother-in-law" . Well, as you know (and if you dont then read this), when I first met my husband the only prospective " in-laws  " in ear shot were his.The parents from both sides only met once we had decided to get hitched.At that first meeting,no dowry was asked for, no horoscopes were matched,no engagement rings were exchanged and all that was decided was the probable month for the marriage.
In the months that followed, the husband-to-be and I went out on a few dates, and became friends. There was the occasional  special couple moment, but by and large the husband-to-be exhibited a  dry sense of humour and  a somewhat taciturn manner. This did not quite fit in with my rose coloured view of what courtship should be like, and even though I was falling in love with my strong and silent type , I had serious doubts about his emotional involvement with me.The man had strange ideas about using  a phone only if there was some factual information to be conveyed.He would rather discuss the rest when we met , which wasn't often enough from my point of view , given the fact that he lived barely 6 hours drive away, had a sister living in town and STILL would not come over every weekend, citing silly excuses like needing to catch up on sleep lost due to waking up before the crack of dawn  in order to be on time and fit to fly a fighter aircraft sortie( or two ) at sunrise on weekdays. Matters were not helped by the fact that I was living in PG digs populated by women perpetually glued to their boyfriend/fiance/"rakhi bhai" 's  physical or telephonic presence at all hours of the day.
So I began to express these doubts to my mother , who in turn expressed them in the politest possible way to his mother, who in  her turn equally politely assured her that I had nothing to worry about because her son wasn't much of a talker and would "open up slowly as he gets to know her better". Well, thus reassured , I decided to go ahead and marry him, and take my chances on his "opening up to me" since I was(and still am) hopelessly besotted with him. As it happened, my mother-in-law was proved right , but that's another story that will not be told here.
A few days after we got married, on one of the obligatory visits to an old relative of the husband's side, the said old relative threw a thinly veiled sneer  expressed great wonder at my husband's choice to marry me given the vast tonal contrast between his fair and my not so fair complexion. Since she gave expression to her genuine sense of wonder when  she was sure only me and my mother-in-law were in ear shot, she was quite taken aback when my mother in law retorted  with a look and "She has a very sunny smile and nature" . Of course , when my husband came to know about this, he made sure that we never "darkened" that old relative's house with our presence.
After our honeymoon,  my mother-in-law  presented me with an incomplete photo album, consisting of selected photographs of the husband from the time when he was a baby till just before we got married. There was a  handwritten letter  inside the album, addressed to me ending with these lines-

In some ways this is his past and present. I wish you both a meaningful and harmonious future-which you are going to build together. The rest of this  album is for those happy moments of the future.- Love, Ma

In the six years that I have been married to her son, our relationship , has seen more than it's fair share of ups as compared to the downs, mainly because she is a fairly reasonable , very mature and honest person.Whenever we meet, we talk about art, life, relationships, her son and  mine.We do have vast differences of opinion ,just like me and my mother. There have been times when there were some misunderstandings, but we've eventually sat down and talked it out and in many instances amicably agreed to disagree. She doesn't think of me as her daughter, and I don't think of her as my mother, but our relationship is one of mutual respect, friendship , affection and a common love for one man.
I tag GM, Newmum and Trish
Posted by MRC at 2/24/2010 10:18:00 AM

I love the album thing, its so so sweet. And thanks for the tag, but what exactly do I need to do? Write about my MIL?

Oops, sorry, just got it, need to take part in the competition.

Very beautifully written... thats a very simple yet a very reasonable and a mature relationship.. almost like all should be.. ! :D :D

Warms the cockles of your heart, reading this post!
" She doesn't think of me as her daughter, and I don't think of her as my mother, but our relationship is one of mutual respect, friendship, affection and a common love for one man."
That says it all and that's exactly how it should be instead of all the drama enacted in reel and real life. Here's to both of you, you and your MIL. May your tribe increase.
Thanks for the prompt response to the tag :) Here is wishing you luck for the competition.

Beautifully written post,MRC! Shail's tweet was the route to your blog!

'She doesn't think of me as her daughter, and I don't think of her as my mother, but our relationship is one of mutual respect, friendship , affection and a common love for one man.' - I think most of the commentors will quote this line of yours! You and your MIL are nice human beings. I liked the way you admire your MIL - not falling all over her or keeping her at a distance. I admire you both!

Thank you so much, I think all relationships thrive if they are injected with a small dose of reason and maturity from time to time.

Thank you and of course best of luck to you too for the competition :D I have a feeling that you'll be in our tribe when the time comes for you to join the ranks of the MILs:D

Welcome to my blog and thank you so much for your kind words :D

I like the way it was understood that being mean to you is not considered a god-given right and duty of every relative from your husband's side :)

And I love the last paragraph, like everybody else does. A relationship based on mutual respect between two adults is so much more likely to be a happy relationship than one where one must obey or 'be guided' and the other must command or 'guide'.

Finally, did it here. Wish you a happy woman's day.

Awesome post!! Especially the clarity in - She doesnt think of me as her mother....but you both have mutual respect for each other. I wish I had that! My MIL constantly complains how she loves me as her own daughter but I dont reciprocate etc...and then expects me to obey her and listen to her thousand words of misguided and most times incorrect wisdom! Wish you many more years of continued happiness with your MIL.

Thanks! I can imagine it must be very frustrating for you to deal with your MIL, I've seen so many of my friends walking a tight rope between not "offending" the MIL (or other sundry ILs) while trying to hold their own,in their OWN household...

i came to this post via your comment on IHM.. and i lOVe what you have explained here.

it literally replicates my love story, from the quiet guy to his mature mom. i think the secret to a great DIL-MIL relationship is exactly what you described.. that she doesnot treat me like a daughter, she gives me my respect as her son's wife.. and the moment i see that respect, i tend to stiffen my spine and grow into the responsibility of being his wife.

Welcome to my blog, and thank you for your comment.

It's possible that the "secret" to a great MIL-DIL relationship is quite often not discovered because people tend to take the easier way out by defining each other only by the acquired relationship ,DIL/MIL, and not making the effort to get to know the person behind the tag

MRC
I'm a not-so-new mom,a book lover, who flirts with painting and sketching( and sometimes with her husband too), loves a good joke, and blogs when inspiration strikes and the maid doesn't.

Promote Your Page Too 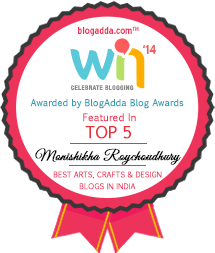 Artim's Mom is also an

This blog can be autofed to you if you

Thanks for joining the party folks!

The two of us,

Got something for me?Send it to

Read it? Now rate it please

The man and his first love 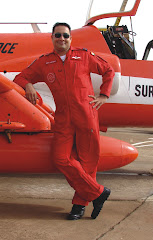 Except where otherwise noted, all the images and artwork uploaded and/ or linked to on this blog,are owned and under copyright to Monishikha Roy-Choudhury . If you’d like to share any of these images online, please do so only with the written permission of and proper attribution to the photographer and artist, Monishikha Roy-Choudhury.

Bits And Pieces by Monishikha Roy-Choudhury is licensed under a Creative Commons Attribution-Noncommercial-No Derivative Works 2.5 India License.
Based on a work at minisblog.blogspot.com.